Sugarcane (Saccharum spp. Hybrid) is a tall perennial grass of family poaceae (Clark et al…1995). It is native to warm temperate to tropical regions of South and South East Asia. It’s the main sugar crop in Kenya grown for commercial extraction of sucrose.

History of sugarcane in Kenya

Sugarcane cultivation in Kenya began in the early 19th century by the Indian settlers in Kibos. The sugarcane was initially milled by jaggery plants. The establishment of two factories, Miwani in Kisumu County in 1922 and Ramisi in Kwale County 1927, marked the beginning of large scale commercial sugarcane production in the country for extraction of sucrose as the major product. The by-product includes molasses, bagasse and filter cake.

After independence, the Government explicitly expanded its vision of the role and importance of the sugar industry as set out in Sessional Paper No. 10 of 1965 which sought, inter alia, to:

Recognizing the importance of the sector, the Government and the private sector have been involved in the promotion of the industry through direct investments mainly on factories for processing cane and other related infrastructure:

The establishment of the factories aimed at: -

The successful implementation of the expansion program in the earlier years was attributed to:

Currently, there are 15 sugar factories in the country with a combined capacity to process 44,450 Tons of Cane per Day (TCD). Despite these investments, self-sufficiency in sugar has remained elusive over the years as consumption continues to outstrip supply. The deficit is met through importation mainly from the COMESA states.

There were 15 factory catchments with an area of 197,438 (Ha) in 2019. All the sugarcane produced in Kenya is processed into sugar for local consumption.

Sugarcane grows at low altitudes 10 meters above sea level at the coast to high altitudes up to 2000m above sea level in western Kenya. The crop does well in fertile, deep well drained soils with PH 5 -7.5, free from toxic metals such as Aluminuim (Al) and Manganese (Mn). On average, 1500mm of well distributed rainfall through the growing stages, save for 1 to 2 months prior to harvest to enhance sucrose accumulation will suffice. Sunshine duration of 7 – 9 hours and mean day Temperatures of 24 – 300C are ideal for active growth and ripening.

The main stages of sugarcane milling are as follows:

In the last five years, the average area under cane is 200,000 Ha with a production of 5,787,065 tonnes of cane and a yield of 58.07 Tonnes/Hectare.The standard conversion ratio in the sugar factories is 10 tonnes cane to one tonne sugar. 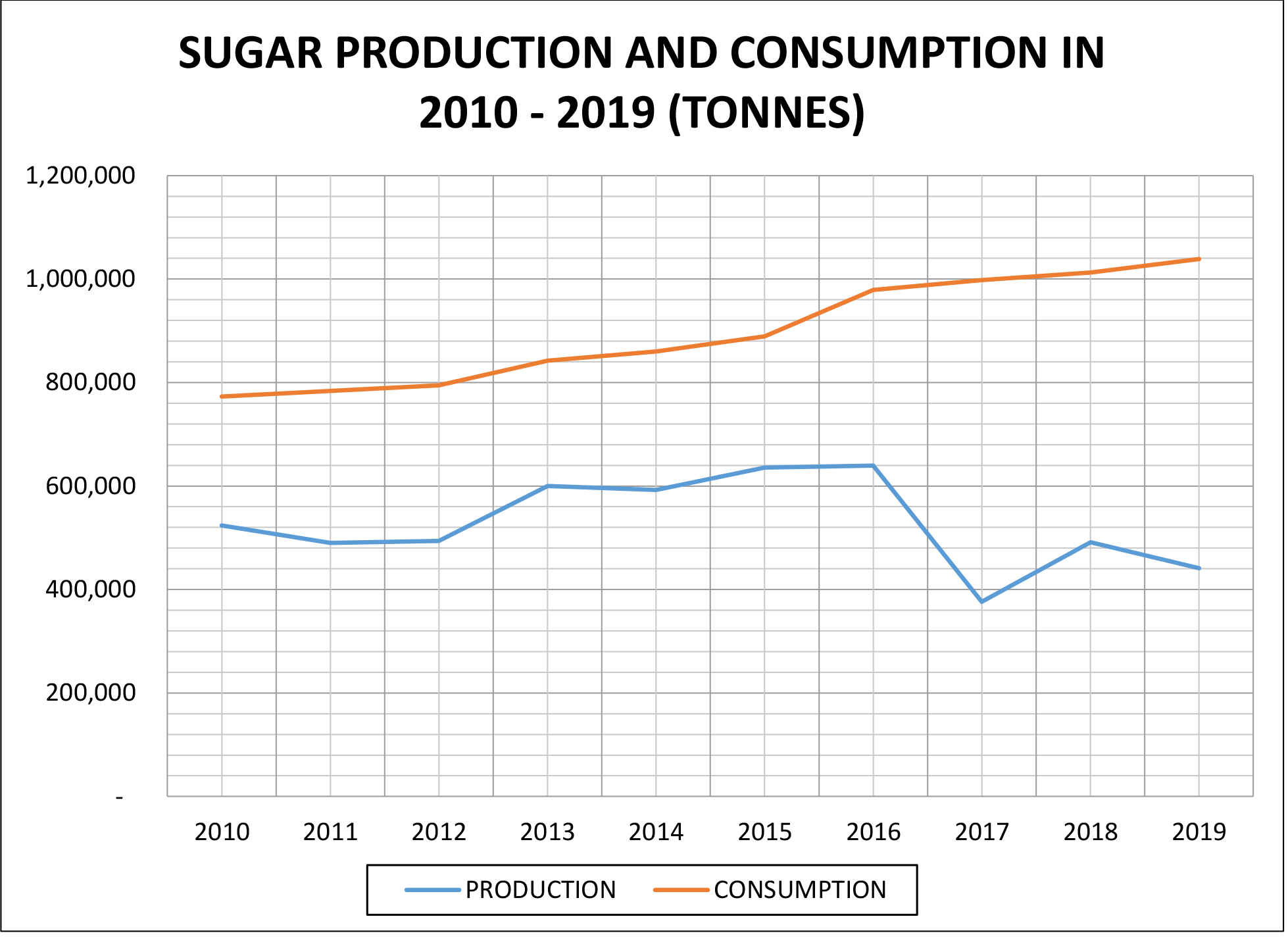 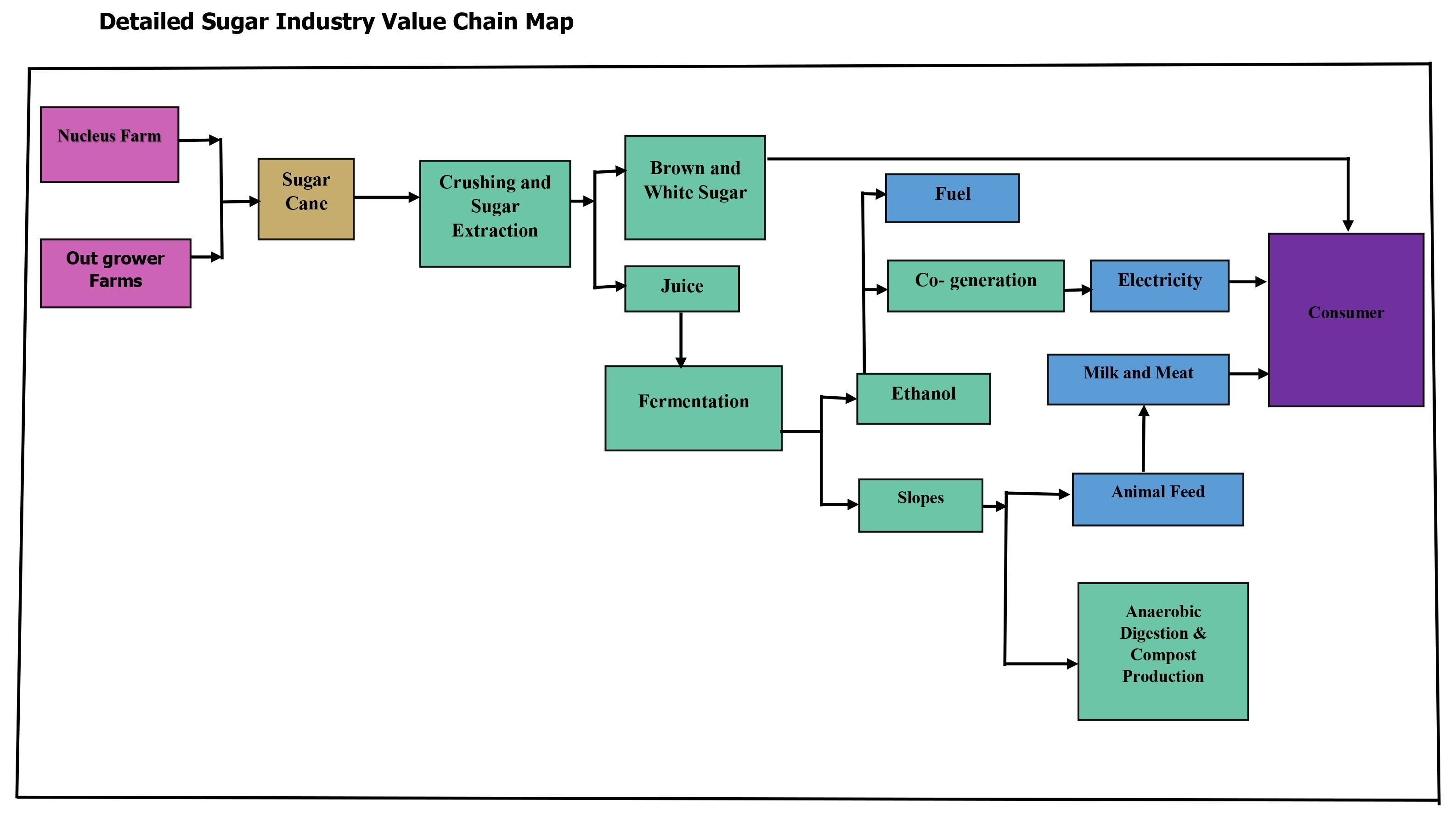